Built in a grid style based on plans imposed by Dom Raynier Lascaris, the prior of Lérins and lord of Vallauris during the habitation act of 1501. The fortifications here aren’t ramparts in the strict sense of the world.

Rather, they’re houses, clustered side by side with a blind wall turned to face outwards, forming a line of defence.At each angle of the quadrilateral thus constructed was a tower.

These gateways and the vast majority of the towers were progressively destroyed as the village expanded beyond its original walls in order to make room for extra traffic. Squares emerged at each outer angle of the village. 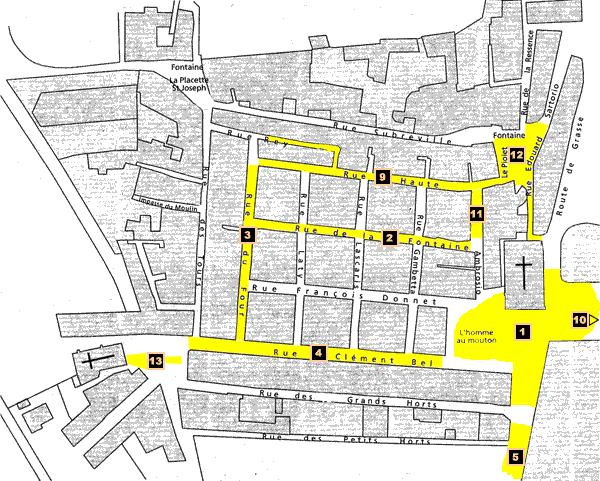 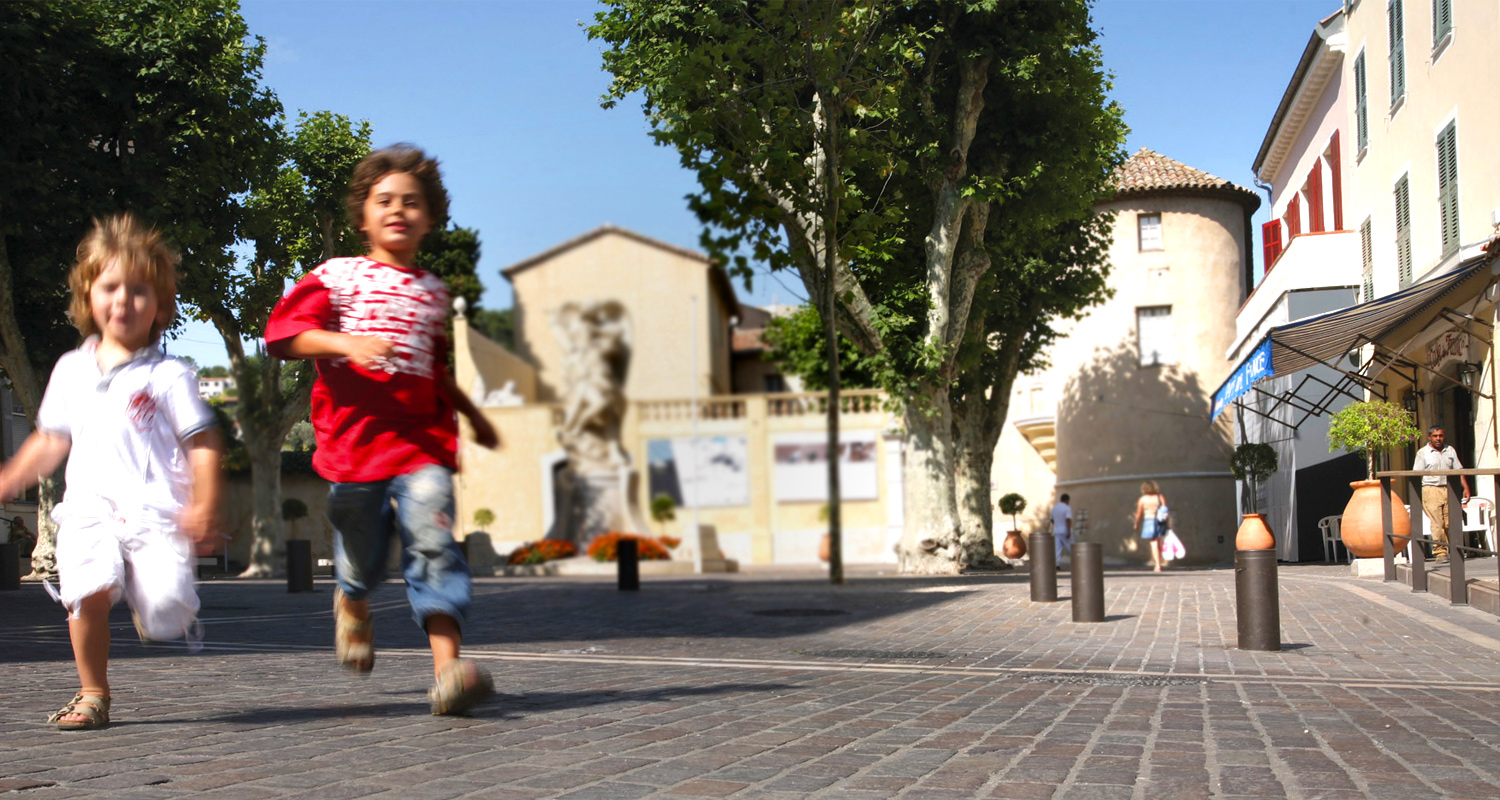